For everything Coin-Op and Arcade related

It’s been a while since I last posted, just been really busy, so haven’t had the opportunity to write out all of the details with the group buy…but I was able to go through the process without too many issues. Apologies for the late update (for those who care haha).
Since I started looking into the Chewlix, I sent a bunch of feelers out (Craigslist, Facebook, Kijiji, etc) to see if there were anyone who was interested in doing a group buy with me for these things. I had a lot of folks waffle on me, but in the end, surprisingly I was able to find 5 other people who wanted in on the group buy. The premise was simple. I do the logistics, you just put your faith in me and pay me for it. To be honest I was actually kind of surprised how easily people trusted me with their money. I requested a $300 deposit from everyone before I made the order from Alibaba, and people either EMT’d me the money or dropped by to pay me in cash. The remainder of the money was to be delivered after they picked up the unit.

As previously mentioned, the supplier charged me 2% of the total value to use Alibaba’s Trade Assurance. Basically, it allowed me the option of holding the money from them until I received the unit. I knew that I had to do it because it wasn’t just ‘my money’ that I was making the purchase from, but in hindsight, I don’t think it made any difference. The moment the cargo landed in Vancouver, I had 7 days to pay the logistics, customs, pick up, and inspect. I tried to act as quickly as possible, but with 6 units and 6 different owners, there was no way everyone could have inspected their units and made comments before the 7 days were up. Before I knew it, the money was paid out, and I still had stranger’s cargo boxes sitting my garage. I could have offered to inspect it for them, but I didn’t want to take on the liability of opening up their units, etc.

The timeline from initial payment to delivery went like this:

- November 9, 2018: first initial payment to Alibaba’s Trade Assurance. I originally paid using my credit card, because I have a no exchange rate CC, and it’s rate was better than CAD:USD exchange rate from the bank.
- November 26, 2018: Received photos of the finished product, sent them to the other people in the group buy, and told them if I didn’t hear back from them, I just assumed they would be ok with it lol.
- November 27, 2018: Paid the remainder of the fees. However, THIS TIME, I realized that Alibaba has their own wire transfer with their CITI bank, at a rate even cheaper than if I were to have used Visa’s exchange rates…so that’s what I did. Went to the bank and wire transferred to the escrow to hold until the end. The bank teller had to triple check the procedure because she was so worried that we were going to screw it up and I was going to lose $4k lol.
- December 2, 2018: Supplier shipped cargo out to port. I received the Bill of Lading (BOL) on December 8th, and was told that they were on the ship December 13.
- January 7, 2019: Cargo lands in Vancouver, was delivered to the warehouse on January 11, 2019. I had to pay the following fees to the logistics company. I don't even know what these fees are, except they pretty much held my cargo hostage until I paid them:
o Handling
o Terminal
o Security Fees
o DDC
o CFS Charge
o Unstuffing Fee (WTF?)
- January 16, 2019: Went to clear customs in Vancouver. Their office is NOT 24/7, unfortunately, …had to take time off work to pay. The process was actually very easy. Not sure if the customs officer was nice, didn’t notice, or I didn’t know…but I only paid PST/GST on the price of the units, not shipping, logistics, etc. as indicated in the invoice. I was told previously that I had to pay tax on everything. I didn’t invoice it a company or whatever, and it was a private sale so I had to pay both GST/PST. I had no idea what tax implications it would have had if I didn’t do a private sale, and since my wife runs her own business, I didn’t want to risk anything. I certainly didn’t want to put it under HER business neither.
- January 18, 2019: Last but not least, finally was able to go pick up the arcades. Originally I had thought that the cargo would be put in a bonded warehouse, so only permitted shipping companies could deliver. However, this was a CFS warehouse, which meant that as long as you had your customs papers, anyone (with prior notice) could go and pick your cargo up. I was fortunate in that one of the group buy folks had a box truck, so he was able to go pick them up and deliver it to my place. I also had to miss a morning's worth of work too since the warehouse hours were abysmal. Oh, there was also a warehouse fee. However, after a couple months the units were finally here.

All in all, it was a pretty fun endeavor. However, would I do it again? No. lol. Everything went pretty smoothly but I can imagine when something goes bad it’s just a headache to coordinate with multiple people. I was lucky to have found pretty laid back people to buy these units with, but if they were uptight I’d imagine it would have been annoying to have to deal with all sides. Plus, there were a lot of back and forth emails, phone calls, etc. just to make sure everything would go smoothly. Lastly, like I said previously, I MADE NO MONEY FROM THIS. We split the bill evenly. I had all receipts on a google drive for everyone to view, and laid everything out for everyone. I don't think anyone actually looked to see if I was bagging them...but at least I knew I wasn't. If anything...at least now I know how a procedure like this works, and I don't regret doing it. I just wouldn't do it again haha.

To be honest, I’ve been so busy with work after I picked up the arcades that I haven’t had much time to play with them. I do have long term aspirations to convert it from running Pandora’s Box to running a small form PC…but that will be much later down the line. Unfortunately, I’m just not savvy enough to do so without someone else’s aid, so that will have to come later. Also, with a boy on the way there's no way I'll have time to play anyways hahah.

To respect the other buyers, I haven’t put down how much we paid per unit. However, if someone really wanted to find out they could PM me and I can let them know how much I paid for a specific thing.

I regret not taking more photos throughout the procedure. However, I didn't want to take photos of others without their permission, so I didn't take any during the move, or having others pick up, etc. 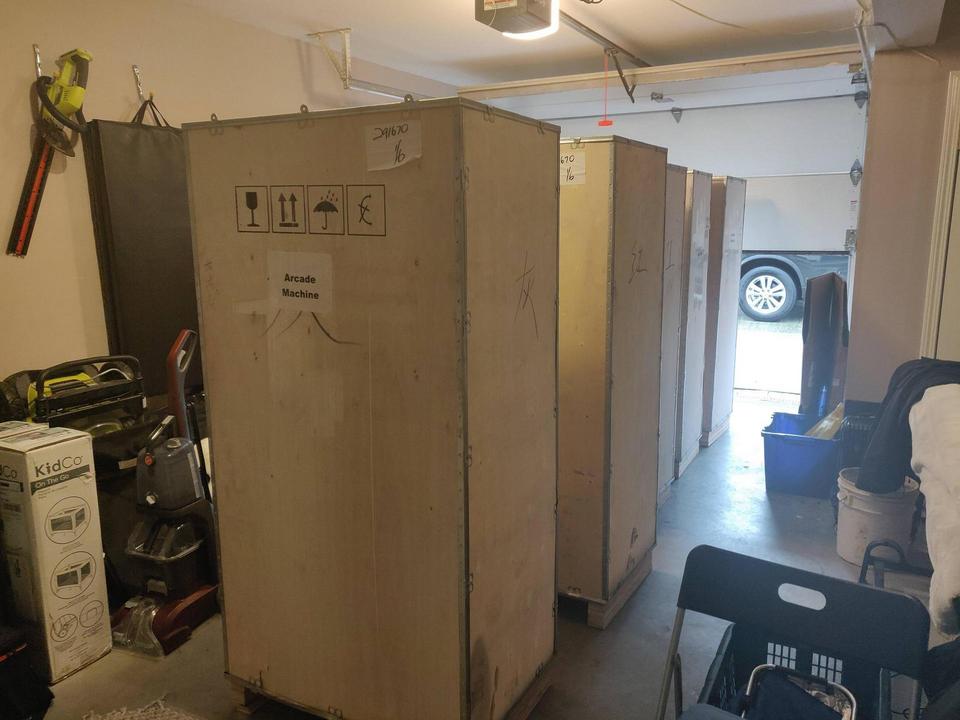 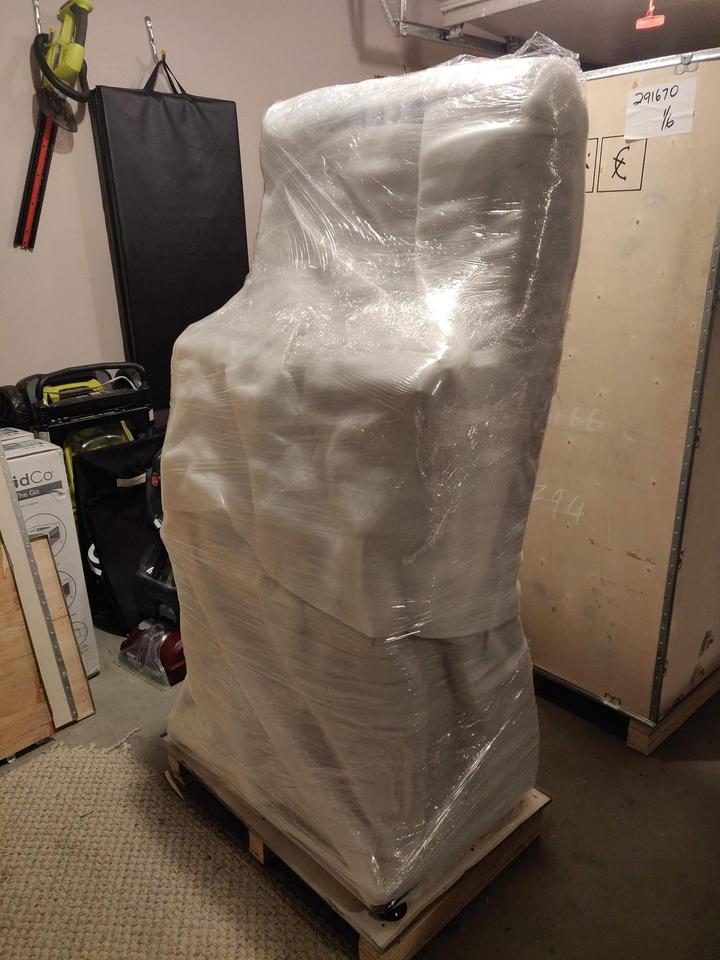 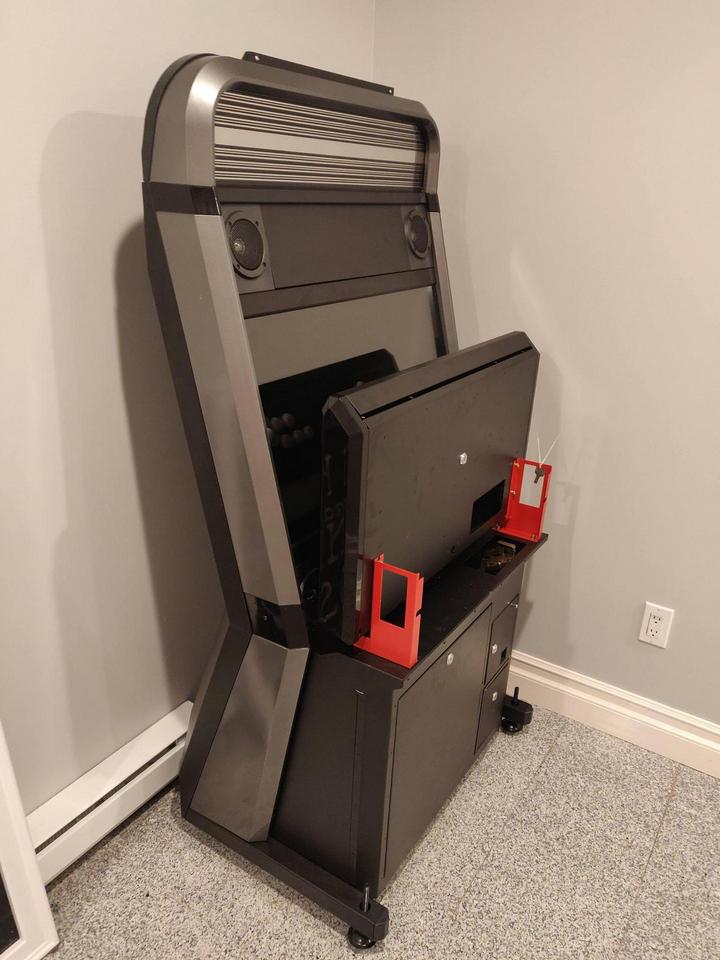 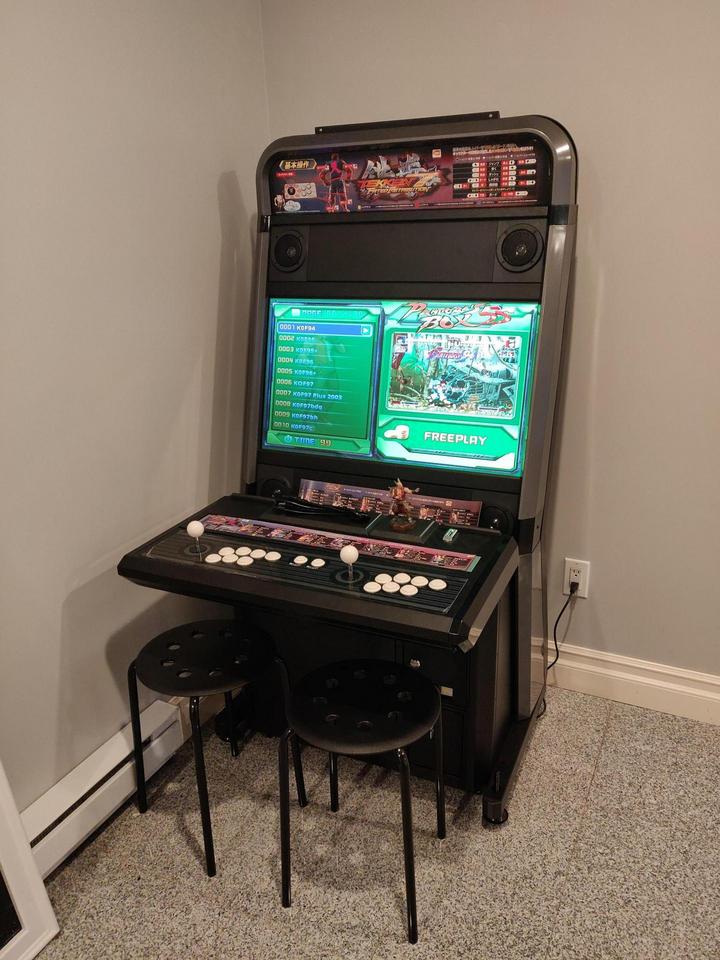 If there are any questions let me know. If not, thanks for reading!
Top

Can you message me about getting one of these, I would also like to buy one from
China. Thanks
Mark
Top
Post Reply
19 posts

Users browsing this forum: No registered users and 14 guests